What is a Superbug 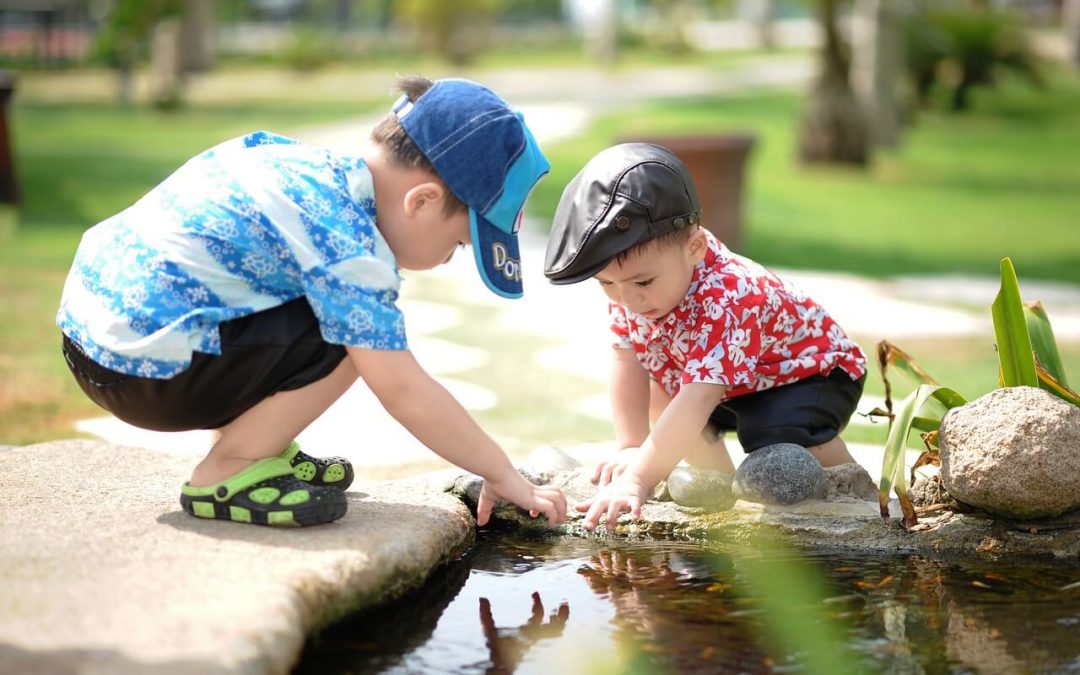 A superbug is the stuff of nightmares.

Caused by harmful bacteria, viruses and fungi, a superbug is ‘a bug’ that is resistant to common antibiotics, spreads easily and causes catastrophic damage to the body.

Superbugs are responsible for 700,00 deaths worldwide annually. It is a frightening thought, but anyone can be struck down by a superbug at any age.

But what exactly is a superbug? How do you catch one? How do they spread? What can families do to protect themselves and the most vulnerable to superbugs: our children?

Vacancy.Care knows parents work hard to protect their children from harm, infection and illness. It is difficult to see children in pain or struggling with illness and infection.

It is important, however, for parents to understand the difference between a bacterial infection and a viral infection, the role of antibiotics and how using antibiotics can even add to a superbug’s development and emergence.

In this article, Vacancy.Care will unpack the facts about superbugs, where they come from and how they develop, and how society’s reliance on antibiotics has only added to their emergence.

So what is a superbug?

Put simply, a superbug is an infection that is resistant to common antibiotics – medicines used to treat infection.

Doctors prefer to use the term ‘multidrug-resistant bacteria’ rather than superbug, which is a term made popular by media outlets. A superbug implies that a bug is resistant to all current antibiotics, but this is rarely the case.

A superbug is caused by harmful bacteria or a foreign invader that has undergone a mutation. This mutation not only aids survival, but also helps the bacteria resist modern antibiotics then thrive rapidly and spread. 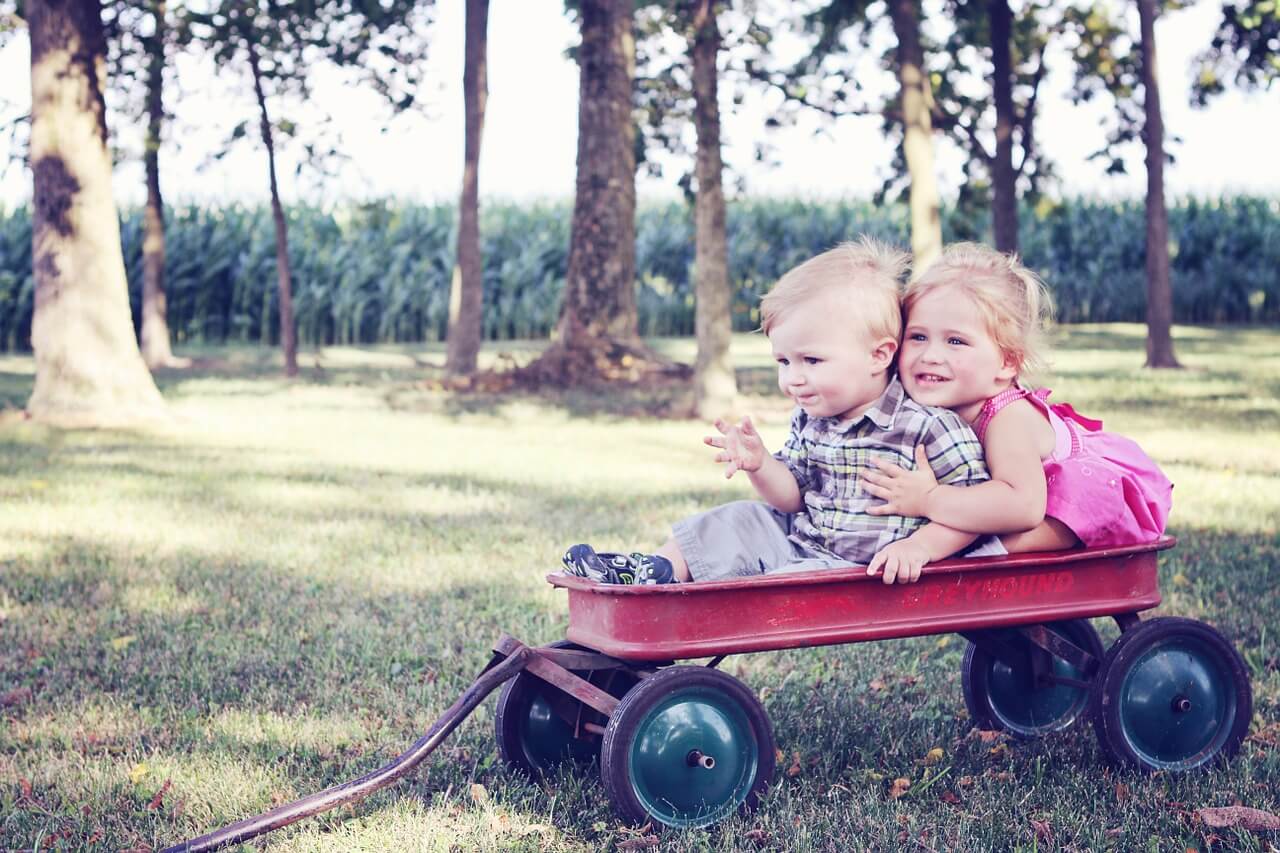 To define ‘superbug’, we need to look at the simple biology of tiny organisms known as microorganisms and the role of antibiotics.

Although invisible to the naked eye, there are trillions of tiny microorganisms known as bacteria all around us.

They are some of the earliest forms of life on earth. They are in the body, on the skin, on clothes, the couch, the kitchen benchtop….they are everywhere.

Most are harmless and some are even beneficial to the body. Others, however, are harmful and cause infection, which leads to minor ailments through to deadly illnesses and epidemics. These infections are commonly known as ‘bugs’.

When the now-common antibiotic penicillin was discovered in 1928 by Alexander Fleming, it became widely used to treat infection during the 1940s.

The role of an antibiotic is to target and kill or neutralise the harmful bacteria.

Once the harmful bacteria is eliminated from the body, the body can heal and recover. Most of the time, it is an effective solution to an infection.

There are, however, some bacteria that adapt to their environment and become resistant to antibiotics. This occurs when organisms undergo random gene mutations.

Most of the time, these gene mutations have no consequence on the organism.

However, as Charles Darwin’s theory of evolution explains, a gene mutation may occur that gives the bacteria an advantage to survival.

Overtime, these bacteria grow rapidly, and new strains of ‘super-bacteria’ develop. These strains of super-bacteria are colloquially known as ‘superbugs’ and are resistant to many modern antibiotics. This means that medicines that would have easily killed an infection 25 years ago are now less effective, or do not work at all.

No two superbugs are the same. Some are resistant to one antibiotic, while others are resistant to multiple medicines. It is this level of resistance that determines how dangerous a superbug is. 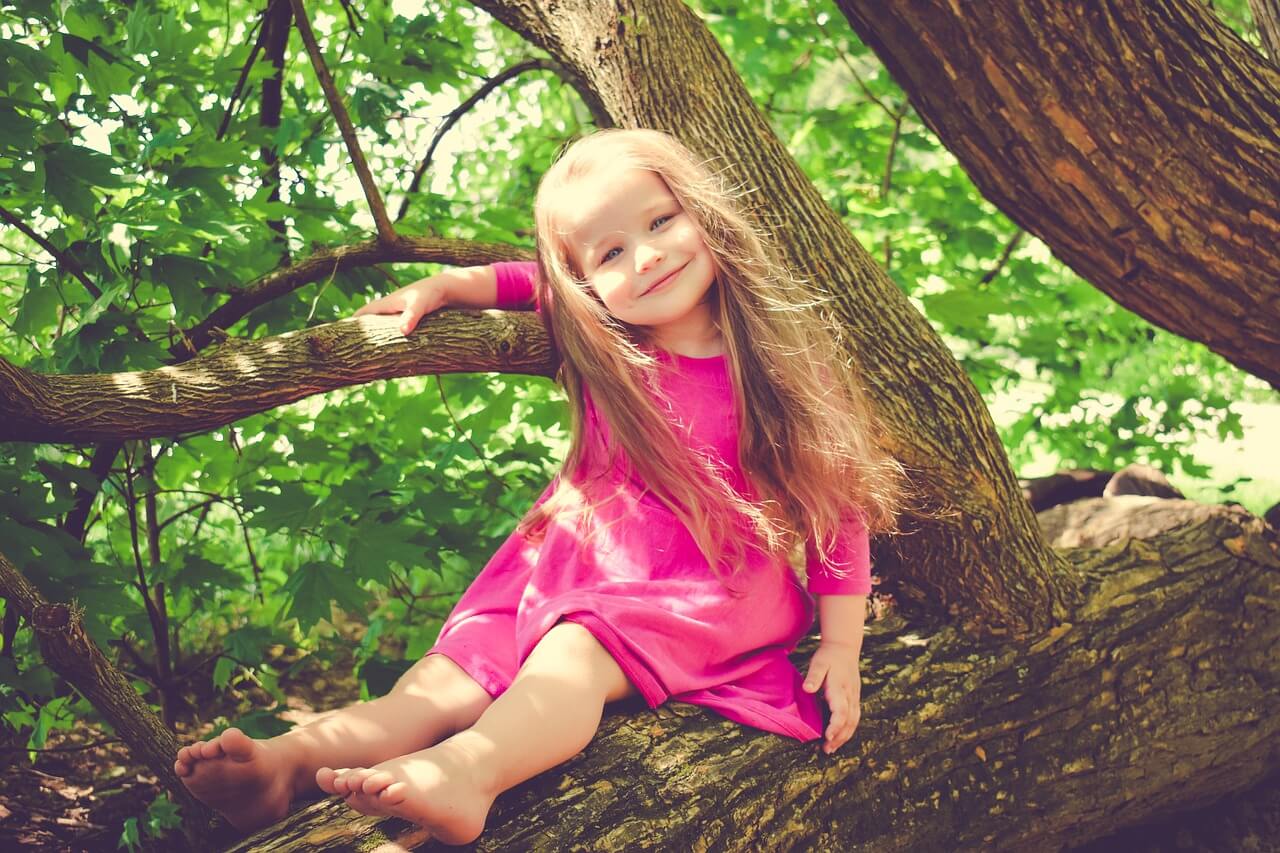 Some bacteria and microorganisms are referred to as superbugs because they are resistant to modern antibiotics. This means the antibiotic has no effect on neutralising or killing the bacteria.

This natural process is known as antibiotic resistance. The bacteria adapts to the treatment and changes to ensure its survival.

Some actions speed up the development of resistant bacteria. These include:

There are some simple, yet important steps parents can take to protect themselves and their family. These include:

In addition, here are some things parents can do to help prevent illness and infection among children:

Nothing can stop a superbug from forming, but parents and carers should work together to give children every opportunity to avoid illness or infection. 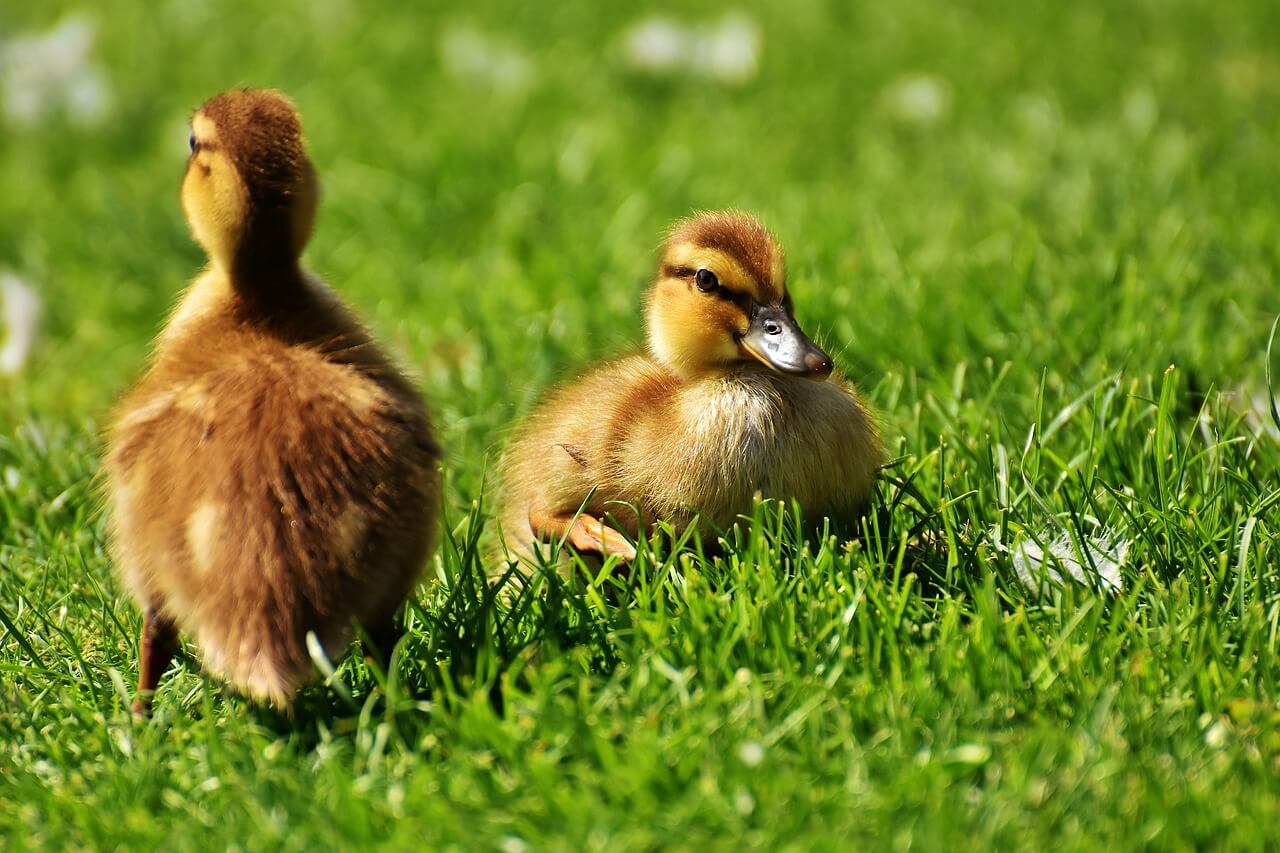 An antibiotic is a drug prescribed to treat infections caused by bacteria. This type of medication prevents bacteria from multiplying by interfering with the bacteria’s cell wall.

Penicillin was the first antibiotic. It was discovered in the 1920s and eventually used from the 1940s to treat infection.

Antibiotics are produced using strains of bacteria and fungi, such as mould, that kill other bacteria. In ancient Egypt, people would treat infection and wounds using mouldy bread.

During the 1940s, infection caused by even the most minor cuts, scratches and injuries could not be treated. When antibiotics were introduced, they treated a huge range of bacterial infections, including streptococcus, diphtheria and meningococcus.

Today, antibiotics are made in laboratories and created from chemicals, but are typically based on natural compounds. Some do occur naturally in mould or other materials.

Any parent who has ever taken their child to the doctor for a viral infection such as a cold, cough, runny nose or sore throat, will have been told antibiotics cannot treat a virus.

This is because bacteria and viruses are different organisms. They have different compositions and reproduce in different ways.

Well-meaning parents visiting the doctor for a viral infection and demanding antibiotics for their child are only adding to the problem of antibiotic misuse, plus they are wasting money.

A viral infection should be treated with lots of rest, fluids and common paracetamol, or with an antiviral drug. 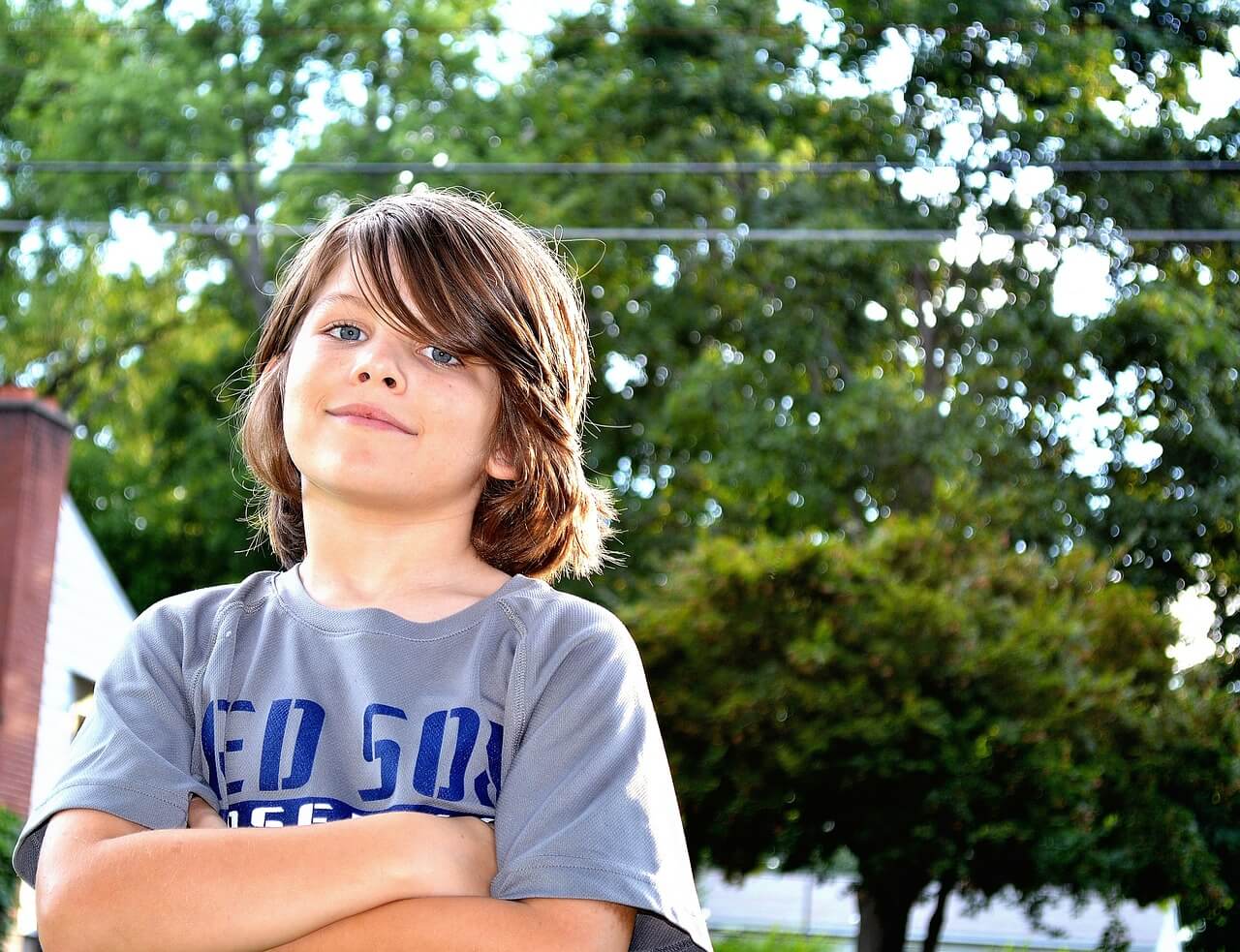 Where do superbugs come from.

The harmful bacteria can come from a range of sources, including from other people with illness, animals, water, soil, poorly prepared food…it is all around us.

A superbug infection is one that is difficult to treat with common antibiotics, spreads quickly and mutates to adapt to its surroundings, thus ensuring its survival.

Not only are superbugs a result of genetic mutation and ‘survival of the fittest’ but they are also a product of antibiotic misuse and overuse.

Antibiotic overuse in particular is a major cause of superbug development, and it is a worldwide issue.

In some countries, antibiotics are available without a prescription, so there is little control over their use.

Unfortunately, the same countries often tend to have poor quality water and disease is spread quickly, which only exacerbates the problem and creates a cycle of infection, overuse of antibiotics and the creation of superbugs.

Studies have found a strong link between the levels of bacteria that are resistant to antibiotics and the availability of antibiotics over the counter. 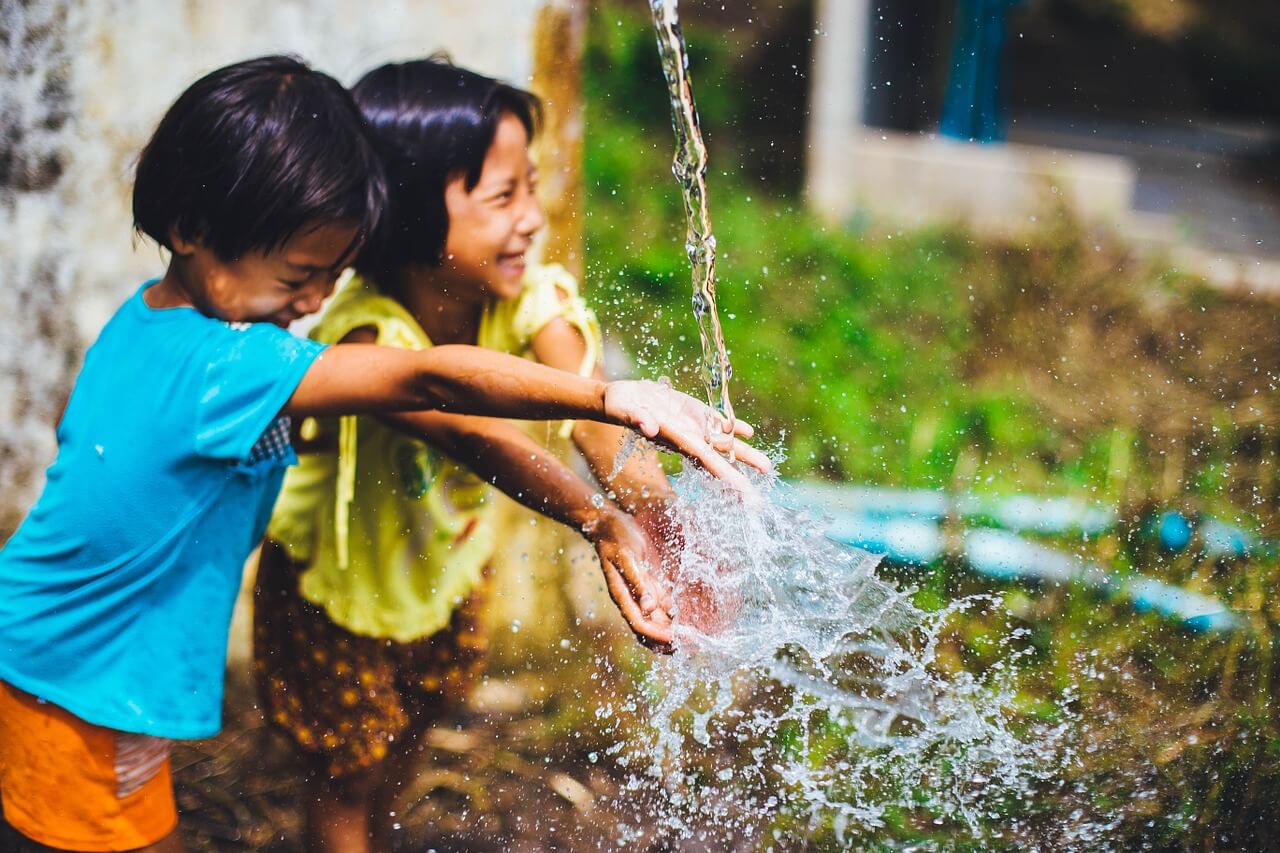 Medication widely prescribed and used to treat even the smallest of bacterial infections instead of letting the body’s immune system deal with it can have dire consequences.

The harmful bacteria can quickly adapt to the medicine and find a way to survive, becoming resistant and rapidly reproducing only the resistant genes.

Although Australian medical professionals are subject to strict regulations for prescribing antibiotics, many still prescribe them even if they aren’t really needed.

Think demanding parent wanting a quick fix for their child, or equally demanding sick adult who needs to get better in a hurry. It is something to think about when visiting the doctor.

The spread of harmful bacteria, viruses or fungi are the main causes of superbugs, coupled with an overuse of antibiotics, leading to antibiotic resistance.

There are other major factors contributing to the cause and spread of superbugs, including:

How are superbugs formed

Superbugs are formed when harmful bacteria become resistant to the antibiotics designed to fight them.

Through random gene mutation or by learning to adapt to the antibiotics, harmful bacteria can eventually ‘fight back’ against the drug.

Bacteria can produce enzymes to counteract the medicine, or find a way to strengthen its own cell wall, keeping the antibiotic out.

What were once easily treatable infections, such as Staphylococcus aureus, have become much harder to stop due to their resistance to antibiotics and propensity to spread quickly around hospitals and similar environments.

Methicillin-resistant resistant Staphylococcus aureus (MRSA) is a good example of a modern superbug that is commonly found on Australian hospital wards.

Staphylococcus aureus is harmless, but if it enters a wound or infection, it can quickly become was one treated using methicillin. Now, it is resistant to a number of powerful antibiotics except vancomycin. 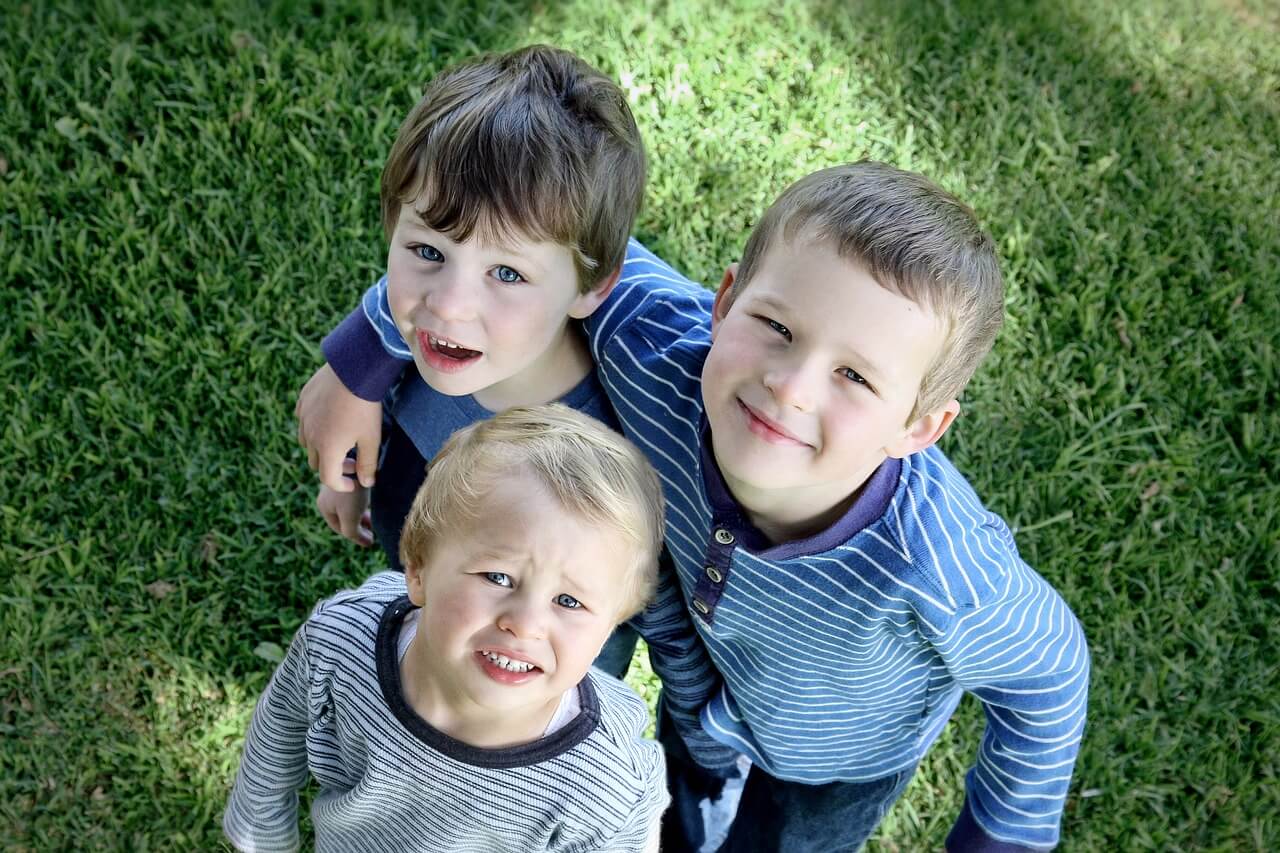 Golden Staph typically spreads throughout hospitals via post-operative wounds, patient-to-patient contact, food and various droplets, and thrives in an environment where infection is generally higher than other places.

Infection prevention measures are vital to stop the spread of Golden Staph and other superbugs.

Types of superbugs and their effects

There are several types of organism that cause superbugs. These include:

We have discussed bacterial superbugs at length, but you may not be aware of some common names of the harmful bacteria that cause the superbugs. These include: 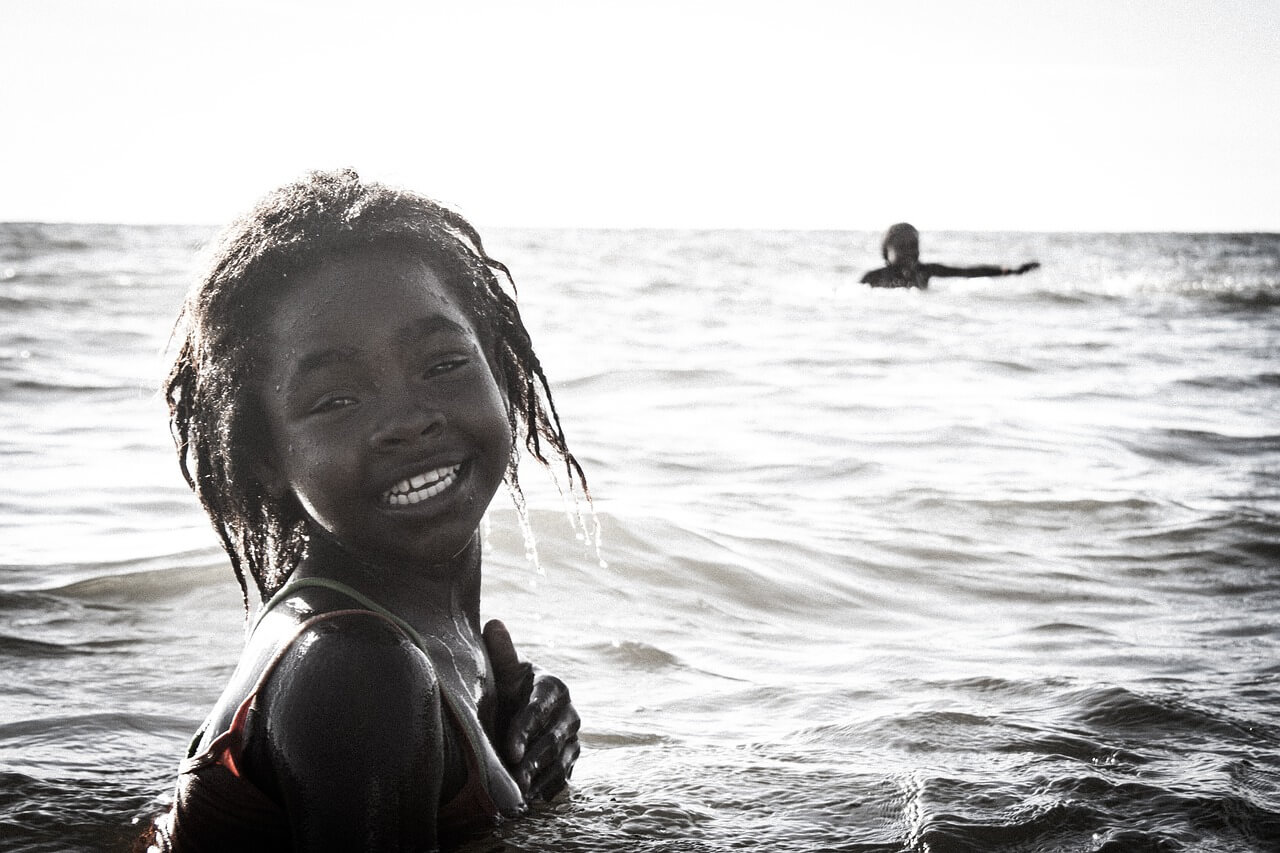 Some of the most common illnesses caused by harmful bacteria include:

The most common modern superbugs are noted below:

The superbug virus is as the name suggests – a superbug caused by a virus, rather than by bacteria.

As previously discussed, a virus cannot be treated by antibiotics. A virus is usually treated by the body’s own immune system. This means getting plenty of rest, fluids and by taking over the counter pain medicine.

Common viral infections among children include the flu and chicken pox. A doctor may prescribe a course of antiviral drugs to shorten the life of these infections and reduce the risk of complications, especially among vulnerable children.

It is important for parents to carefully follow any instructions when administering drugs, including giving the correct dosage and giving the medication early.

Fungal infections can also lead to superbugs. When the fungal infection becomes increasingly difficult to treat with antifungal medication and spreads, it develops into a superbug.

An example of this is Candida auris. This harmless fungus lives on skin but it can also cause a fungal infection, especially among the already sick and elderly. A strain of Candida auris has been discovered that is resistant to antifungal medication, and it is quickly spreading across the globe. 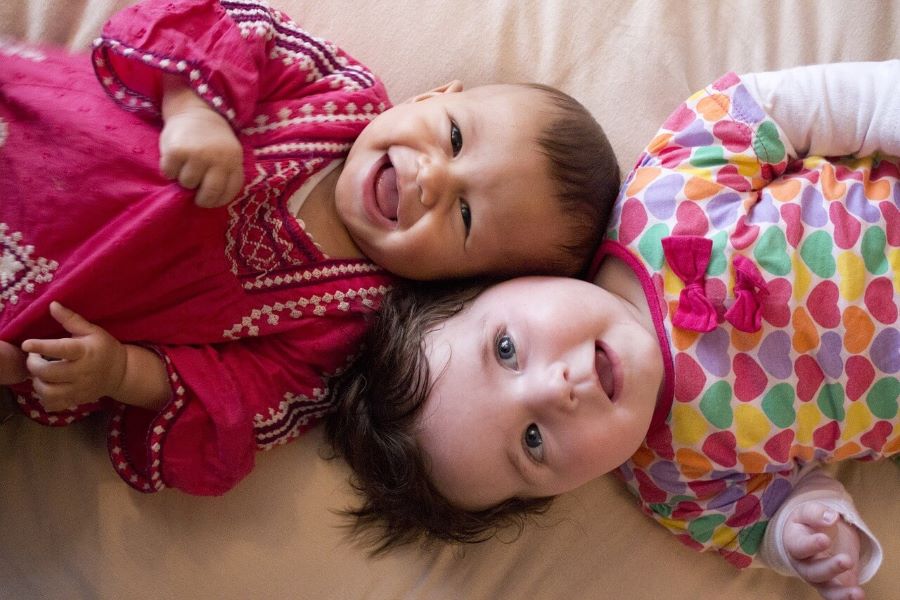 It is clear that the most common superbugs are not going anywhere in a hurry. The more antibiotics that are overprescribed and misused, the bigger the problem will get.

There is little we can do about genetic mutation. This is a natural part of life that will continue for all eternity. We can, however, do our part to prevent illness and infection from spreading.

Parents and carers should educate themselves and their children on the power of good hygiene, a healthy lifestyle and the dangers of misusing antibiotics when we don’t really need them.

We hope you have a better understanding about superbugs: what causes them and how they are formed and what you can do to protect yourself and your family.

Last of all – don’t panic! There are still plenty of effective antibiotics and antiviral drugs in the world to treat infection and keep us all healthy and well.