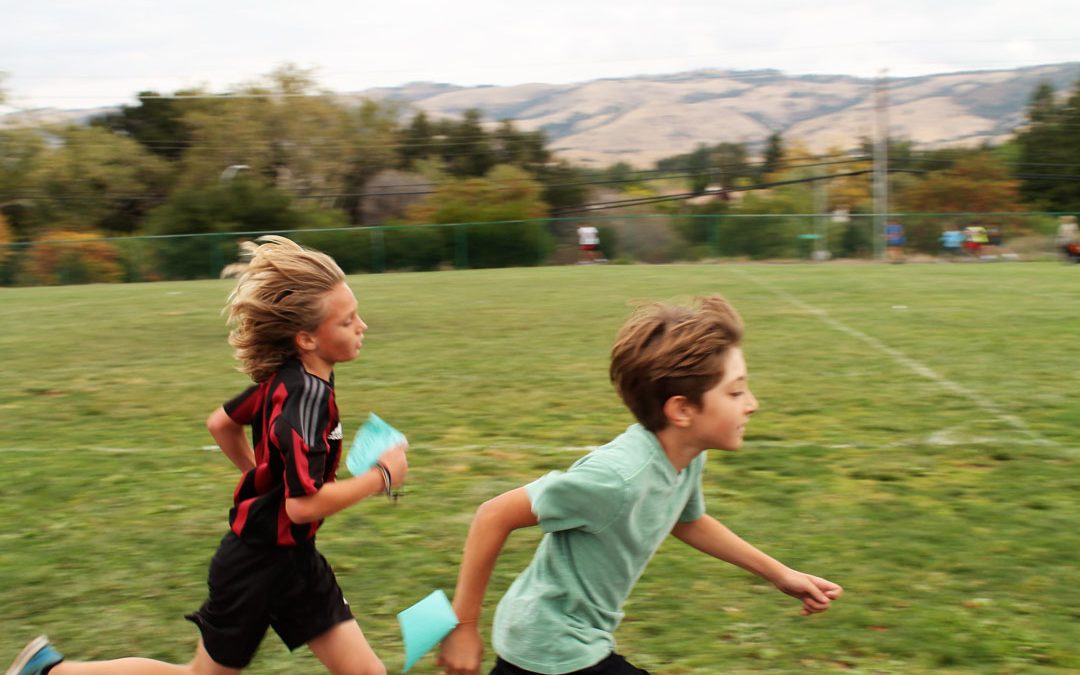 Sport is a major part of Australia’s culture. We have sporting events happening all year round, with Australian Rules Football and rugby taking place in the winter months, and basketball, soccer and plenty of cricket during spring and summer.

With so much sport ingrained into Australia’s psyche, it is natural for a child to express an interest in playing their favourite spectator sport.

Children as young as 18 months can take part in specialist classes such as soccer, Aussie rules and gymnastics. These tend to focus on fun rather than competition, but are they too expensive for what you get?

Are children’s sporting lessons too expensive for families, especially with multiple children playing multiple sports? Where do we draw the line?

And then there is the question of what happens when children grow and that competitive edge takes over?

Do we support this competitive spirit, or encourage participation above all else? Is children’s sport too competitive? Below is an interesting read highlighting just this point…

Does children’s sport have a ‘win-at-all-costs’ mentality? Are adults pushing children and teens too far to achieve success, in something that is meant to be fun, help them get fit and teach them about teamwork?

This article takes a look at why so many kids start a sport, just to drop out after the year has ended. Is it too much pressure to win? Parental pressure? Or because they are just not having fun?

It also discusses the need for great coaching in sport – to teach children a better understanding of the skills involved, not just that winning is everything.

The scene is an under-15s soccer match in Sydney’s south on a warm autumn Sunday morning.

It’s Mother’s Day and it will soon be a scene of carnage and violence.

Eyewitnesses describe how once the game starts, one of the team starts flying into tackles with elbows out, trash talking off the ball, even racist insults.

They say the key instigator is the team’s coach, who screams at his charges to “get” the other boys.

A penalty is awarded. A player gets shoved down and punches him in the head.

The goalkeeper rushes out, pushes a player to the ground and starts kicking him in the ribs. Another jumps on his head. He’s bleeding. Parents start rushing in.

The coach of the protagonists is hurling abuse at everyone, including the referee and the grandfather of the bleeding child.

The match is called off. One player is heard telling his mother that he never wants to see or play for the coach again. 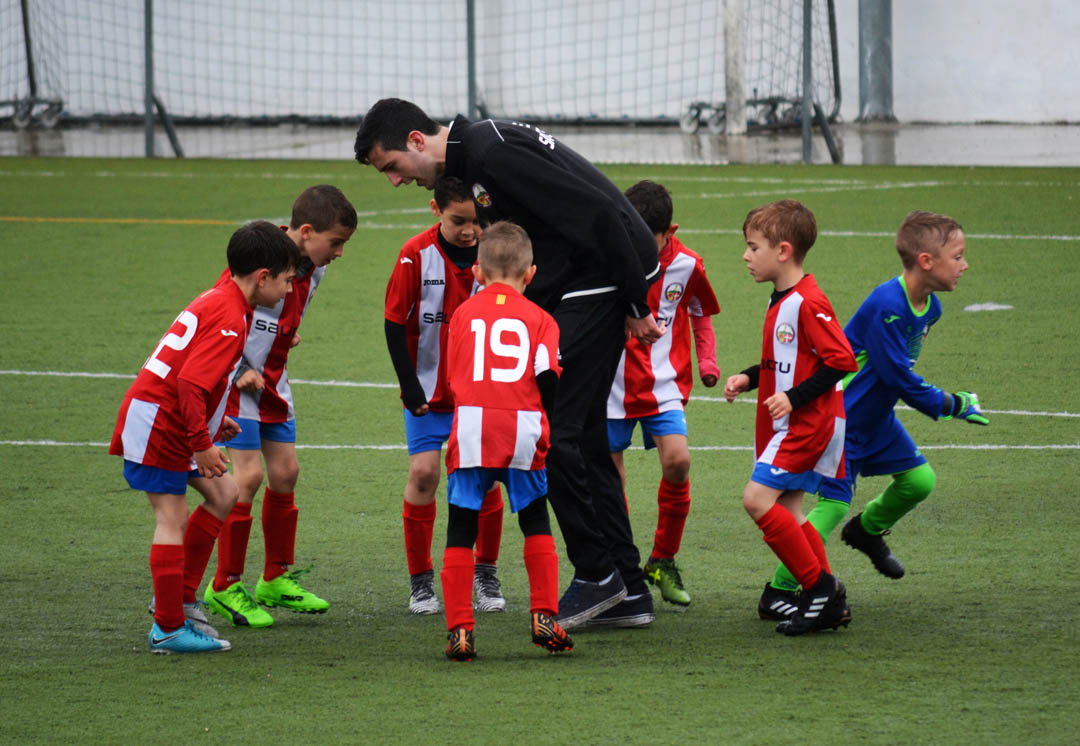 This is an extreme example of the ugly side of Australian junior sport.

It is the product of a win-at-all-costs mentality that values success above all the other reasons that kids play sport: to enjoy themselves, to learn new skills, to make friends, to get fit, to develop social skills and to learn to work as part of a team.

How often do you hear a coach screaming at the players to “GET RID OF IT!”, engendering a sense of panic?

How often are the kids urged to “kick it long”, mistaking territorial gain for success?

How often are they urged to just “work harder”, in a reversion to the guts and determination model that has been out of date for decades?

Junior sport relies on literally tens, if not hundreds, of thousands of volunteers around the country to coach children.

Some of them are exceptional, some are good, but just as many lack a proper understanding of the game and the skills to coach it.

The football seasons now winding up around the country will be the last for possibly tens of thousands of kids who will leave because they are unhappy with the coaching.

A good coach must be a teacher, according to Adam Welch, a coach at FC Barcelona’s academy in Sydney.

“We’re trying to empower kids to make their own decisions.”

FC Barcelona, a club renowned for developing some of the most skilful players on the planet, places only a small emphasis on skills coaching for its youngest players.

It may not be apparent in the heat of battle, but playing sport effectively is about solving problems — “Where can I run?” “What can I do with the ball?” “How can I help my teammate?”.

These questions are fundamentally all problems that need to be solved.

It is pointless urging kids to go out and kick more goals if they are not taught how to do it.

It is just as pointless to ask them to work harder if they do not know what they are trying to do.

In six years of coaching children semi-professionally, Welch has concluded that junior sport should not be about winning and losing.

“It’s about getting them to have an understanding of the game,” he said.

“If they’re trying to play out from the back and they concede, well guess what? That will happen. But do I reprimand them? No. No, that’s a good thing, because if you make a mistake that’s an opportunity to learn.”

It is easy for coaches in junior sport to search for wins by making sure the biggest kids are the ones in the action, particularly in the more physical games like rugby league, rugby union and Australian rules.

Welch said it was a short-term fix.

“There are clubs who will get the biggest, the fastest, the strongest players because they think they’re going to win,” he said.

“But here’s the thing: At a younger age group that’s fine, but when they get to a certain point, those decision-makers, those little smart players, they will be the best players.” 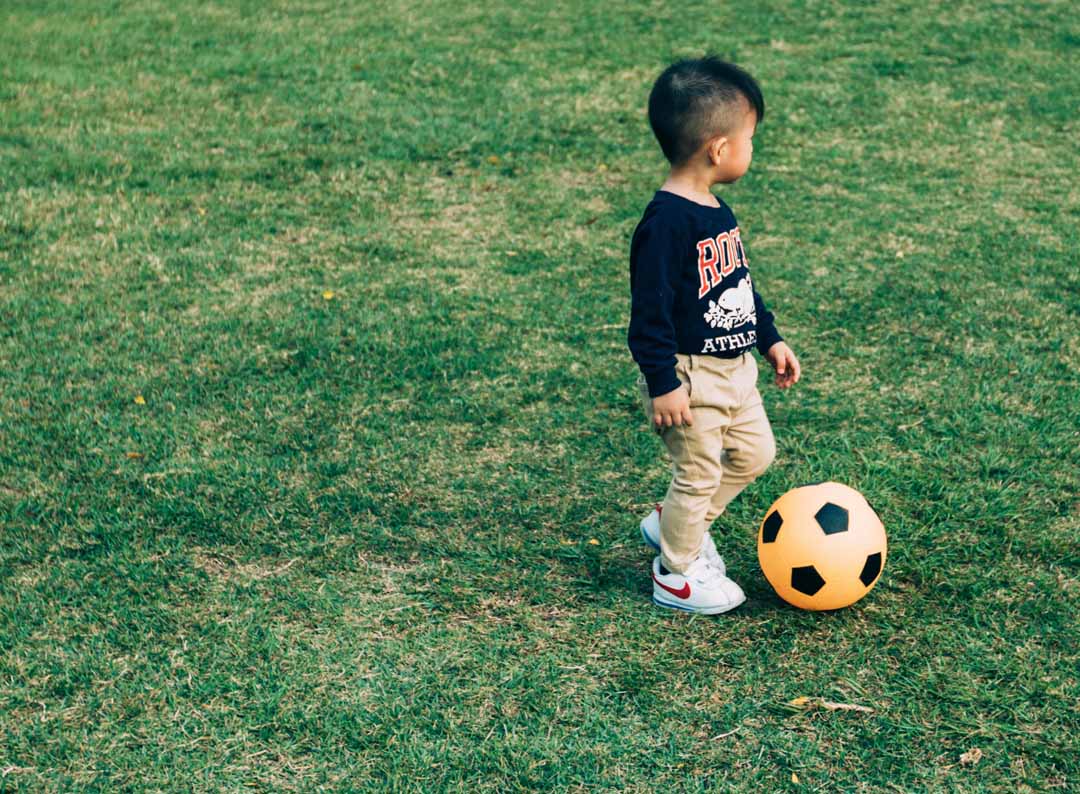 That is if they don’t quit before they get the chance to prove themselves.

Close to 2 million Australian kids play sport, but hundreds of thousands drop out every year.

Many of those kids leave because of poor coaching, whether it be in the form of too much pressure, or not getting enough game time, or simply not having enough fun.

Most sports are fully aware of this problem and produce excellent guides to help their parent volunteers.

But the parents must be willing to do the work; to understand the game themselves, to teach children how to make decisions about what to do with the ball, where to run, how to think and to not be afraid of failure.

As the adage goes, ‘it’s not whether you win or lose, it’s how you play the game’.

And if the game is taught well, everyone wins.

Teaching our children to love their sport – by helping them focus on learning new skills and working as part of a team – is the best we can do as parents.

Vacancy.Care hopes this article has given you some helpful information to guide your decisions in parenthood and encouraging a love of sport in your children.

Vacancy.care has launched Occupancy CRM to support the early learning sector.  Family information, history and engagement, stored in one easy-to-access place. Automated tasks, internal and external waitlists, and a magnitude of other great features. Designed especially for the early childhood sector. Enquire today!